There are divine moments when God comes down and encounters his people to empower them for service or a specific mission. These moments change everything!

Moses, Abraham, Gideon, Peter, and Paul all had divine encounters that transformed their lives. These heavenly encounters thrust them into a mission and God gave them the power for the task.

When the Apostles received the Holy Spirit at Pentecost, it was for a specific purpose. The Great Commission.

Picture this: Believers gathered for an extended period of time. Suddenly a mighty rushing wind fills the house, tongues of fire rest on each one. His presence inebriates the thirsty and the waiting. 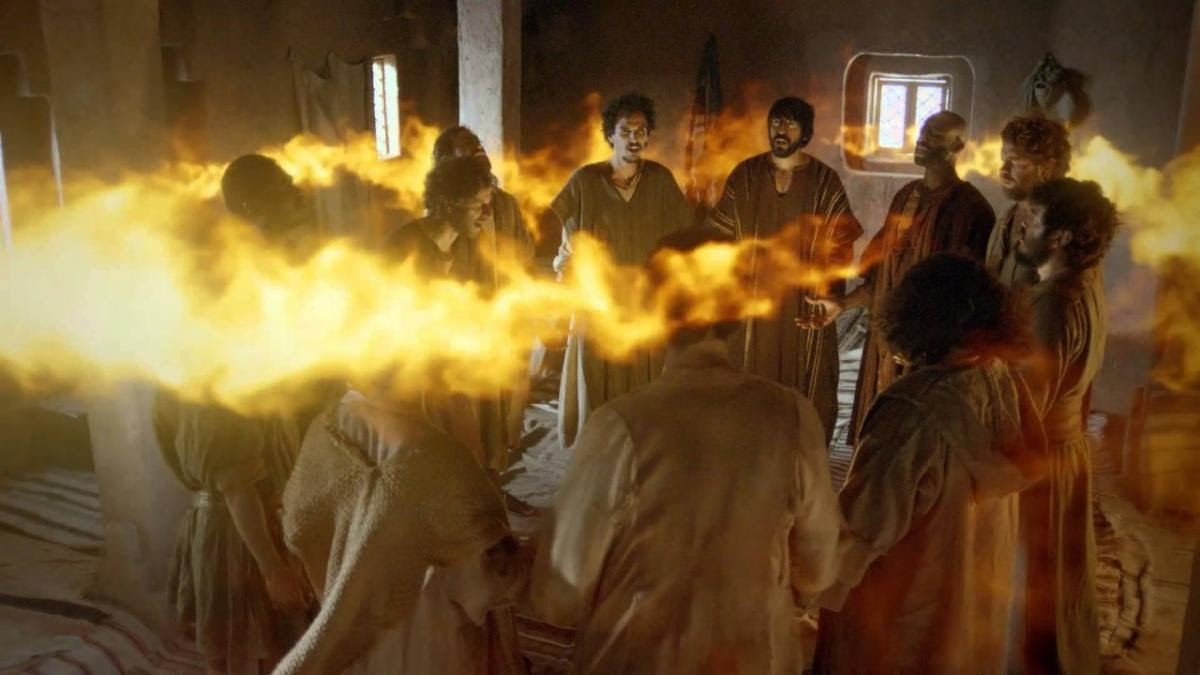 “God-fearing Jews” from every nation under heaven were staying in Jerusalem and hear them speaking the mysteries of God in their native tongue.

They are utterly amazed and bewildered. Apostolic preaching breaks out, and they are cut to the heart and repent. Then they are baptized and filled with the Spirit.

When God comes down – it touches nations!

Immediately, they join a community on mission and signs, wonders and miracles break out. Not the work of man, but the work of the Spirit caused The Church to explode.

The question is not “does the Holy Spirit still come in power to fill us for mission,” but rather “how can we do missions outside of prayer, community, and an encounter of the Holy Spirit’s power?”

In Luke 24: 47-49, just before His ascension, Jesus says, “Now you must go into all the nations and preach repentance and forgiveness of sins so that they will turn to me. Start right here in Jerusalem. For you are my witnesses and have seen for yourselves all that has transpired. And I will send the fulfillment of the Father’s promise to you. So stay here in the city until the mighty power of heaven falls upon you and wraps around you.”

He was saying, “Look, I have granted you authority and have commissioned you; now you just need the power.” That day of the encounter was for the fulfillment of the Great Commission!

The Moravians: Empowered for Missions

Count Nikola Ludwig von Zinzendorf, a German nobleman, in the 1720s allotted land from his estate for the establishment of a small Moravian community so they could worship freely.

By 1727 they had developed a communal lifestyle – not all things held in common, but there was a spirit of generosity among them. There was great emphasis on prayer and scripture reading.

At one point, a season of discord and bickering arose. Count Zinzendorf and his wife pleaded with them to love one another, and the community took on a whole new spirit of love and preference for one another. This was a profound moment in the community, but then a month later, after a week of intense fasting and prayer, while together in worship, the power of the Holy Spirit fell on them. 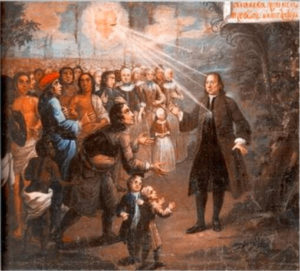 An overwhelming and intensely deep sense of love, unity, and community broke out among them.

On February 10, 1728, the Moravians started prayer shifts to pray around the clock.

They did not preach or argue doctrine but shared Jesus and focused on serving the people in very practical ways.

They had such passion for the Lord that some even sold themselves into slavery to reach the unreached. As they sailed from the dock to never see family again, they would yell, “Worthy is the Lamb to receive the reward of His sufferings.”

In twenty years, the Moravians did more regarding missions than the entire Protestant movement did in 200 years. This is attributed to the divine encounter of the Spirit among this group. As other denominations saw the work of the Moravians, they were inspired to do missions themselves. This move of God’s Spirit and power among the Moravians is called “the birth of modern missions.”

Now more than ever, at the CRI Base, it is our heart that God would encounter us in power, that prevailing prayer would never cease and that many will be sent out to all the nations of the earth.

It is our heart that when crisis strikes, we would raise up a Moravian watch, 24/7 as our teams are deployed in the field. 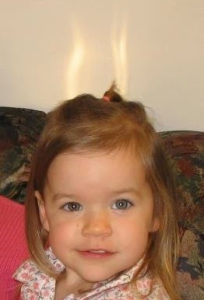 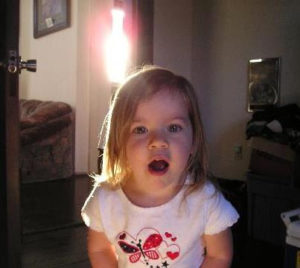 These two pictures were taken of my daughter Anna in New Orleans during our response efforts during Hurricane Katrina.

Prayer, desperation, and impartation were the catalysts for nine months of signs wonders and miracles breaking out among us.

Notice the tongues of fire over Anna’s head and the vessel symbolic of the outpouring we were experiencing.

We named Anna representing prayer and “Anna daily in the temple”. These pictures were taken in the upper room above the church in New Orleans.

God poured His Spirit mightily during our response to Katrina. We saw hundreds healed, saved, and delivered. I believe that an even greater glory is coming, and outrageous demonstrations of His power and mercy are going to break out on all we do, just like how the Spirit came again in ACTS 4!

Empower us, as your servants, to speak the word of God freely and courageously. Stretch out your hand of power through us to heal, and to move in signs and wonders by the name of your holy Son, Jesus!” At that moment the earth shook beneath them, causing the building they were in to tremble. Each one of them was filled with the Holy Spirit, and they proclaimed the word of God with unrestrained boldness.

All the believers were one in mind and heart. Selfishness was not a part of their community, for they shared everything they had with one another. The apostles gave powerful testimonies about the resurrection of the Lord Jesus, and great measures of grace rested upon them all. Some who owned houses or land sold them and brought the proceeds before the apostles to distribute to those without. Not a single person among them was needy. Acts 4: 29-35

There is such a divine stirring in this new season! I know the CRI Base is to be a resource and a sending center. Prayer and missions will mingle together, and the Spirit’s power will thrust us out. We are so excited about the new thing He is doing and about the many who are coming in 2020 to join the work. (watch more)

As we continue to train and mobilize to crises around the world, run our mission schools, and reach out to our local community in Virginia, we also feel the Lord is expanding our reach into the nations with other short-term, Kingdom-building ministry trips.

Meanwhile, we just sent the 20th relief team to Puerto Rico, as our work continues in the Bahamas. I cannot help think of the Moravians and the first missionaries being sent to the Caribbean.

Great and effective doors are opening in 2020.

Currently, we are planning a signs and wonders conference for pastors in the Bahamas and I feel led to develop a permanent CRI outpost there for future Caribbean relief.

I have been asked to speak at the United Nations on disaster relief and international ministry trips have opened up to me in South America and beyond.

Next year we plan to expand the farm at the CRI Base with livestock and grow more of our own food. We intend to host new events and conferences, and I am working on a book.

There is much the Lord is calling us to do, we just need a broader partner base to move forward as well as more staff. (If you are currently a monthly partner, I am so grateful for your support.)

I humbly ask that you make CRI the place you sow a year-end gift so we can finish critical projects like the HOPE Building (video).

If you haven’t had the chance yet, become a monthly partner so you can champion all God is doing in this growing ministry.

As we celebrate the greatest rescue mission, the earth will ever know; God leaving the comforts of heaven and putting on flesh to save us.

I pray that you would encounter the Holy Spirit in such a way that you dare to depart the familiar into the uncharted territory of 2020.

I declare a new hunger for Holiness would overtake your heart, and you would live in wild faith to gain Him the rewards of His sufferings.